Shock, as a pregnant goat delivered a strange kid at veterinarians at the Ministry of Animal Health Argungu, Kebbi state, yesterday February 24th.

The goat through cesarean section, gave birth to a kid with a hum-shaped skull and looked very deformed. The Veterinarians say they have no idea what could have led to this deformation. 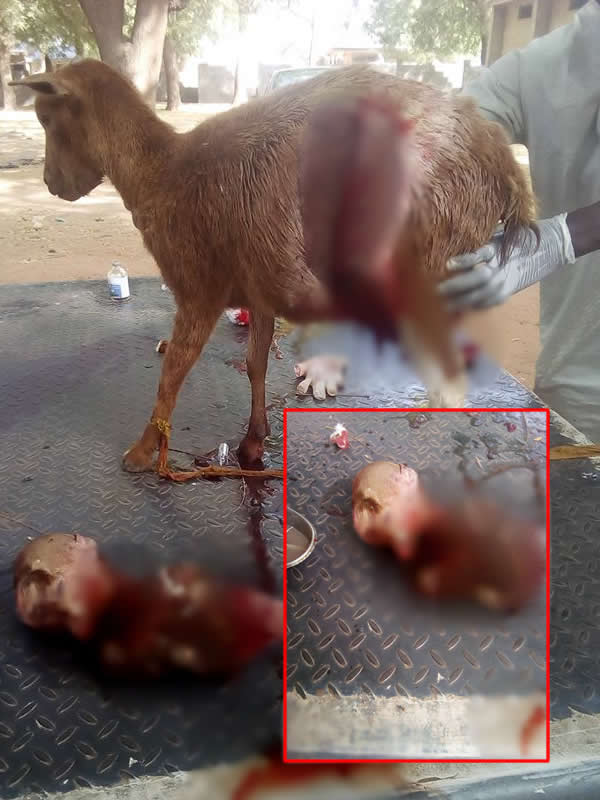 In other news, a suspected ritualist reportedly turned into a goat after being forced to pick up the money she dropped in Oganganmodu area of Ekiti state.

According to reports, she was said to have dropped the money, expecting that some unsuspecting school children passing by would pick it up.

She was then spotted by onlookers who quickly pounced on her and forced her to pick up the money.

She was allegedly said to have turned into a goat as soon as she picked up the money.