Kanayo O. Kanayo finally becomes a certified Barrister And Solicitor of the Supreme Court of Nigeria

Published by Kadanaija on September 15, 2020 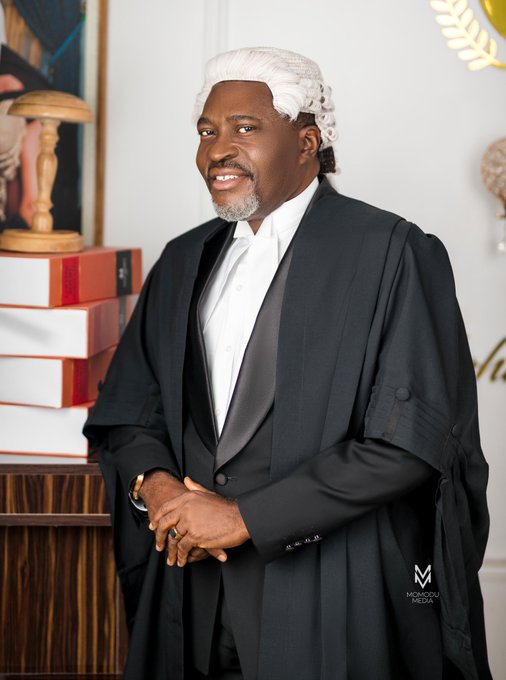 The actor had nursed the dream of becoming a lawyer since he had his first degree in the early 1990’s and almost three decades later, that dream has finally become reality.

He took to to his social media page to make the announcement as he shared a photo of himself adorned in his official robe and wig with the caption :

To God be all the Glory. You can now address me as Anayo Modestus Onyekwere, Esq, MFR ( Barrister And Solicitor of the Supreme Court of Nigeria)

In 1992, Kanayo made his debut movie appearance in the film Living in Bondage. Kanayo has starred in over 100 films.

The Independent National Electoral Commission (INEC) has disclosed that electronic transmission of results will improve the quality of the electoral process with the right legal framework in place. This was contained in a 25-page Read more…

Nigerians and music lovers all over the world woke up to a devastating news this morning about the sudden demise of veteran music singer, Sound Sultan aka Naija Ninja. According to various sources, the Lanre Fasasi Read more…

Yusuf Barnabas Bala, also known as Bantex, a former deputy governor of Kaduna State, is dead. He died early hours of Sunday 11th July 2021. He was the deputy governor between 2015 and 2019, the Read more…